You need to access EXT4 files on your Linux partition on Windows if you are dual-booting Windows and Linux. You most likely have one or more hard drives formatted with Ext4 if you operate with Linux. That won't be an issue if you use Linux. Problems start when you need to access data from the Ext4 filesystem on a different operating system. Check out the simple methods for the partition files to mount and access EXT4 on Windows and macOS.

What Is an Ext4 File System? 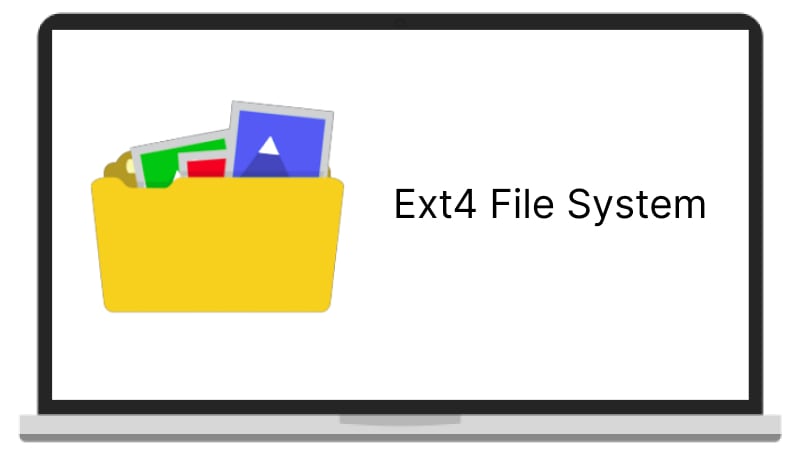 EXT4 is referred to as the fourth extended file system and the replacement for EXT3 is one of the newest file systems that Linux users can use. Various Linux distributions, such as Debian and Ubuntu, use it as their primary file system.

Windows and Linux use different file system formats, with EXT4, EXT3, and EXT2 most commonly used. EXT stood for Extended Filesystem and was first introduced for MINIX. Because of the EXT's several flaws, development did not halt, and three other versions were later introduced.

EXT2, the second extended version, was improved over the original version and made public on January 1993. EXT3 outperforms EXT2. EXT4 is the current Linux default file system, improving performance and reliability while adding new features over EXT3.

Ext4 was released in 2008 with the Linux kernel 2.6.1.19. It is a progressive revision of the Ext3 file system that overcomes Ext3 limitations. These mentioned file systems have comparisons, including Ext3 vs. Ext4. Ext4 works similarly to Ext3, but the extend-based layout allows it to store large files much more efficiently than Ext3. Ext4 allows you to disable the journaling feature. Most modern Linux distributions use Ext4 as the default file system.

Compatibility with Windows and Macintosh

The various methods available to mount and access Ext4 on Windows/Mac are presented here.

Ext2Fsd is a file system driver for Windows that supports the Ext2/3/4 file system. By mounting the Ext4 partition and assigning a drive letter, you can read the Linux partition of Windows 10 and access Ubuntu files. You can launch the Ext2Fsd at every boot or only when needed.

Ext2Fsd is a file system driver for the ext2 file system for Windows. It is open-source software. Under GPL2, anyone can modify or distribute it.

When mounting, the ext3 journal is replayed

Have file size greater than 4G

Sharing CIFS over a network

Indexing of the h-tree directory

Doesn’t have an Ext3 journal system

Doesn’t have Linux raid and LVM

The NT4 operating system is no longer supported

Step 1. On your Windows PC, install and run the Ext2Fsd driver. 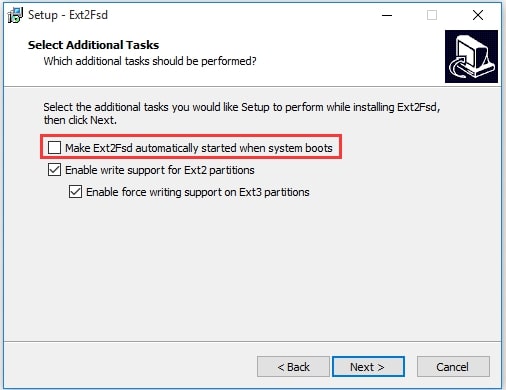 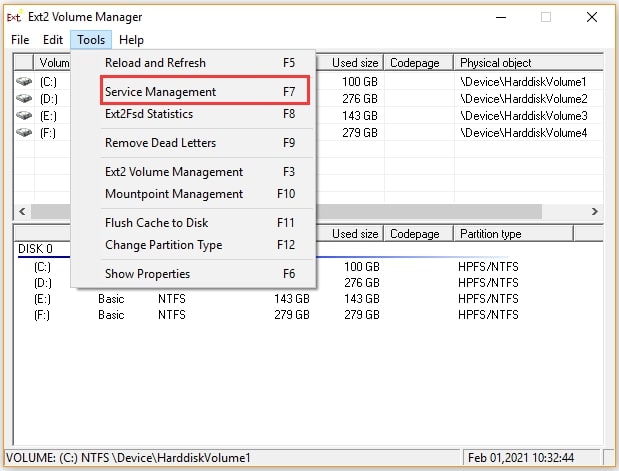 Step 3. Check the boxes for Mount all volumes in read-only mode and Assign drive letter automatically, then click Apply. 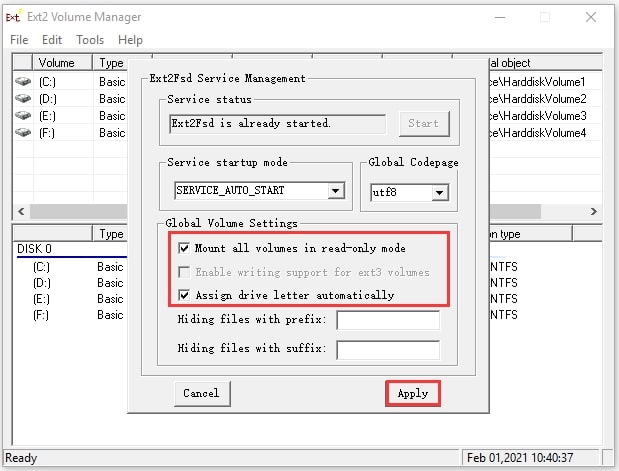 After that, you can see your EXT4 partitions in Windows Explorer, each with its drive letter. You can even access files on the EXT4 partition directly.

If you need to access a Linux disk format that Windows does not support, you can use Windows Subsystem for Linux (WSL 2) to mount the disk and access its contents. It is possible to run Linux and Windows without dual-booting or using a virtual machine under WSL.

It's a Simple Linux Guide for Windows Users

Excellent for Developers Who Already Use Open-Source Tools

There is no need to be concerned about hardware support

WSL may discourage the development of native apps

Steps to Use WSL 2 to Mount Ext4 on Windows

Step 1. To mount a disk, launch PowerShell with administrative privileges and type:


Step 2. To see a list of available disks in Windows, type:


Step 3. Run the following commands to unmount and detach the disk from WSL 2.


Step 4. You can find the disk paths in the DeviceID columns.

Typically in the \\.\\\.\PHYSICALDRIVE* format. 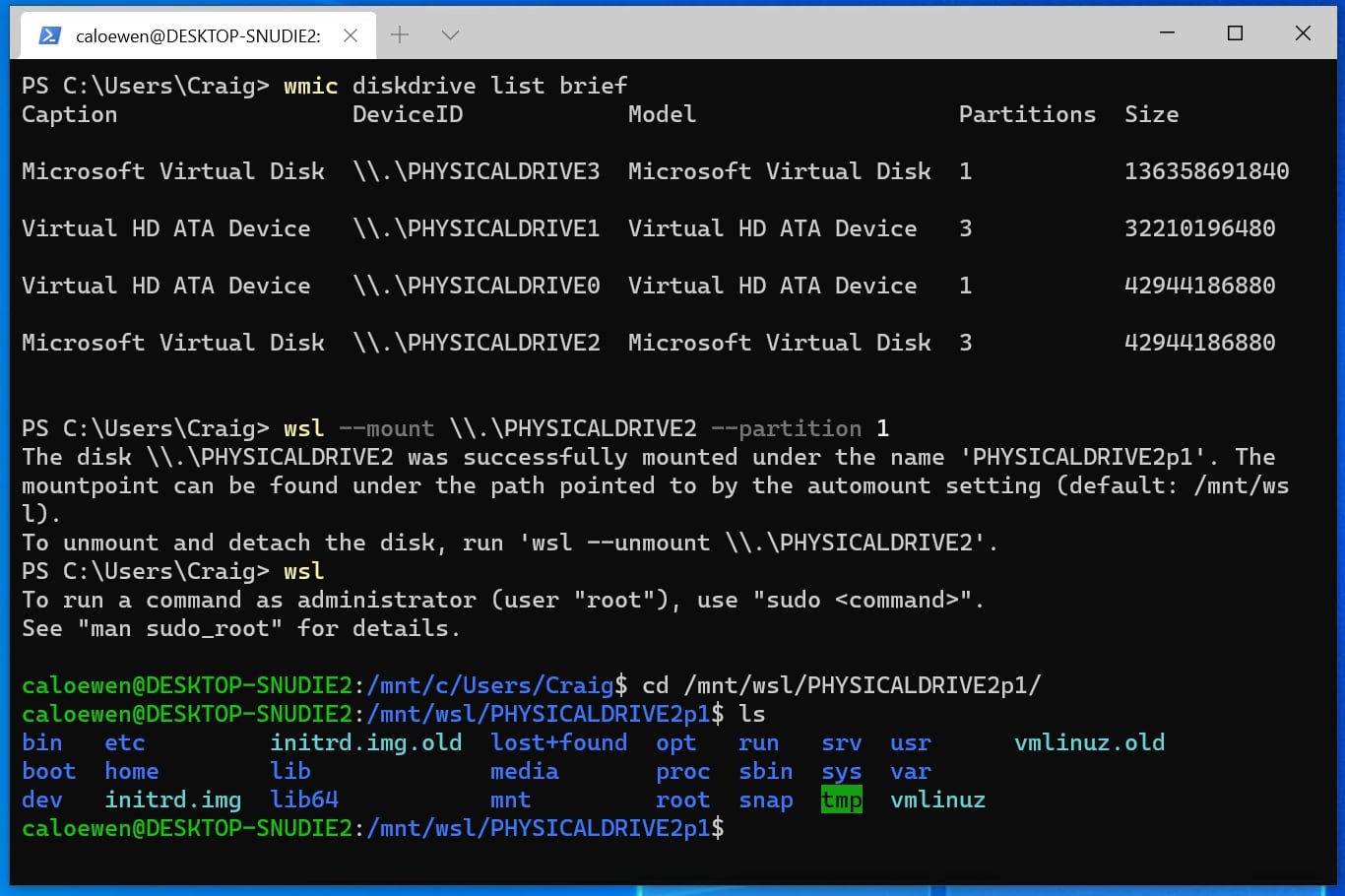 Step 5. Once mounted, you can also access these disks via Windows Explorer by navigating to \wsl$ and then to the mount folder. 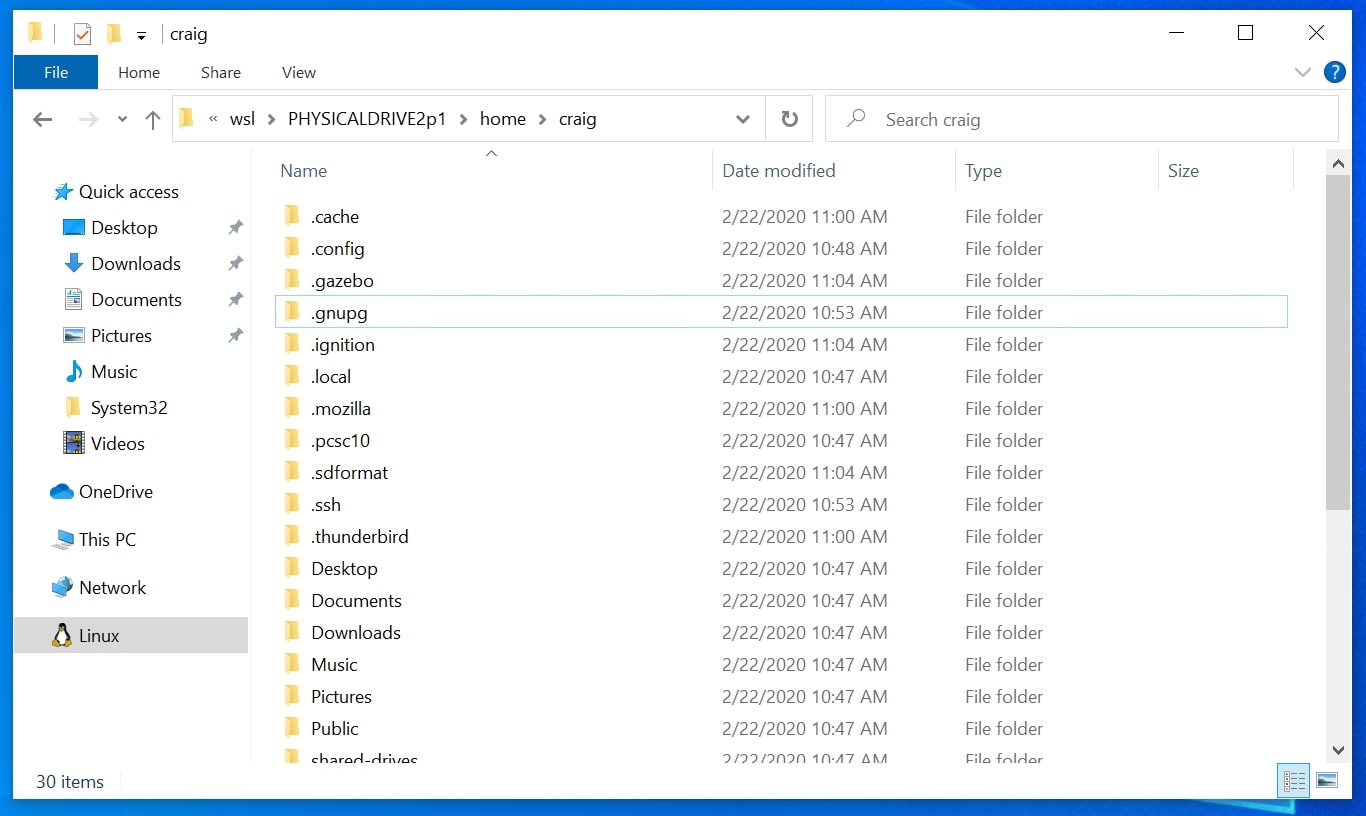 DiskInternals Linux Reader is a free utility to access Linux files from Windows 10. This tool supports the Ext4 file system and ReFS, HFS, and HFS+. Different from Ext2Fsd, this program allows you to read Linux drives on Windows.

Access any file on the Linux system, circumventing security policies

Have glitches, and appears that the site is down

Steps to Use DiskInternals Linux Reader

Then navigate to the Ext4 partition from the list of drives after the Linux Reader has detected all partitions on your hard drive. 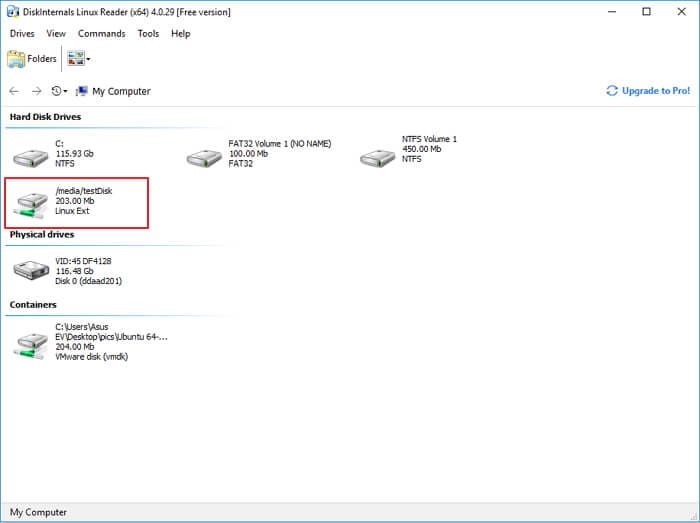 Step 2. Double-click it to open the Ext4 partition and then you can preview and access the saved data on the drive. 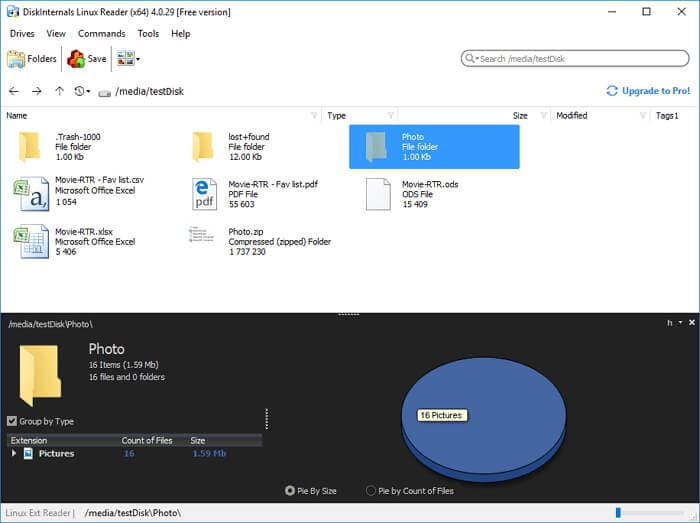 Step 3. If you want to use Linux files fully on Windows, you must move them from the Ext4 partition to another location supported by the Windows file system.

Right-click the file you want to save and press Save. 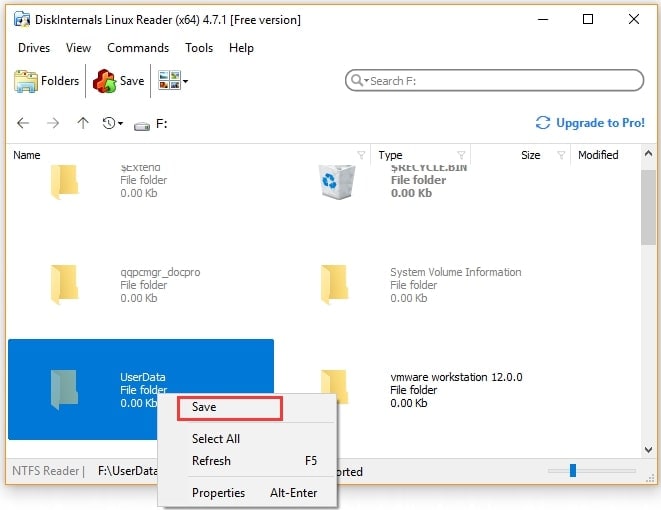 Step 4. Select the Save Files option and then press Next. 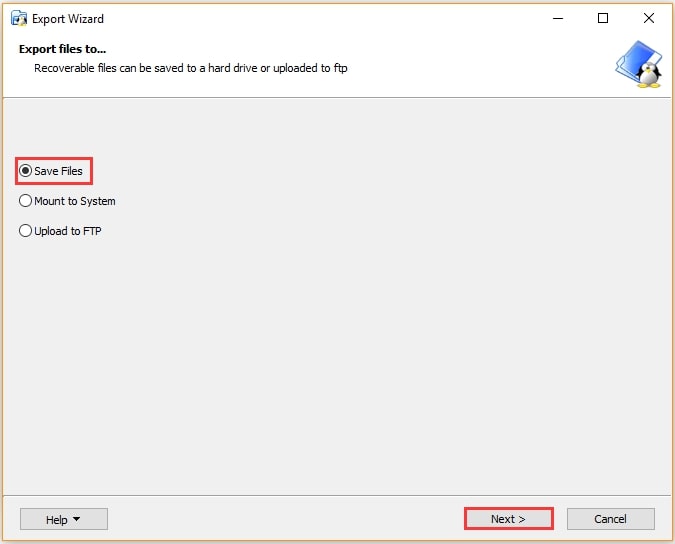 Then press Next. Wait a few moments for the file to be saved to the location you specified. 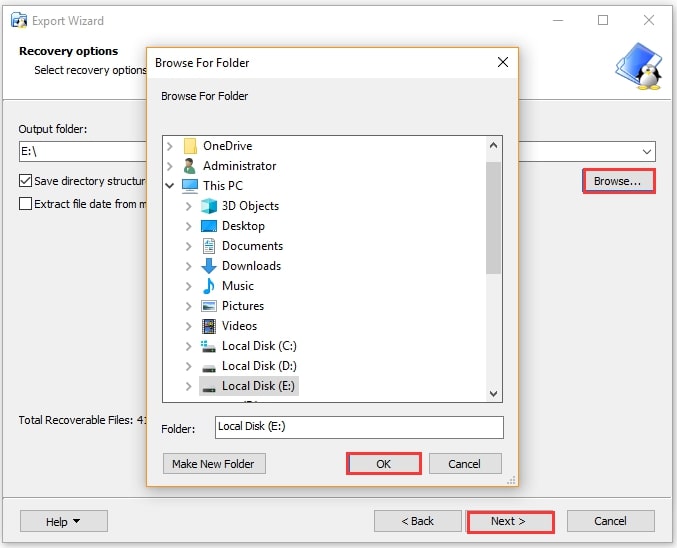 Ext2explore is an open-source program that works in the same way as DiskInternals Linux Reader. Users can only access EXT4 partition content through this application.

Ext2Read is a utility that works like an explorer to explore ext2/ext3/ext4 files. It is now compatible with Linux LVM2

You cannot preview files with Ext2explore

Here are the steps to use to access EXT4 from Windows using Ext2explore:

Step 1. Ext2explore.ext should be downloaded and run on a Windows PC.

Right-click on it when it has been launched and select Run as administrator. You can also right-click ext2explore.exe and choose Properties > Compatibility > Run this program as an administrator > OK. 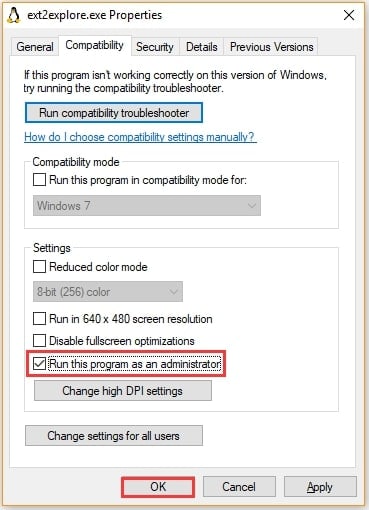 Step 2. Following that, you can browse the Linux EXT4 partition and its contents.

To use the files, right-click on them and select Save > Navigate to another secure location on your Windows computer to save files. 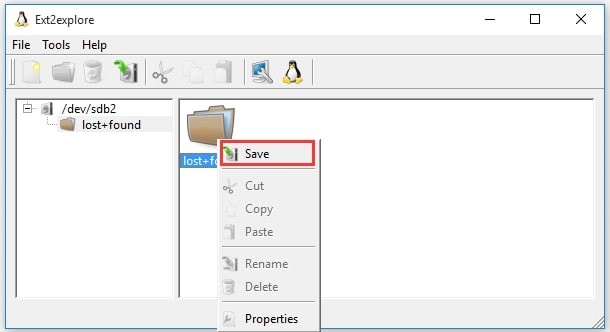 The file systems used by Linux are the EXT file system (short for Extended File System) and its family members EXT2, EXT3, and EXT4. Mac users who work across platforms may notice that OS X cannot mount EXT partitions on its own; therefore, anyone wishing to mount and read EXT drives and other file systems will need to rely on a third-party utility.

You need a better option if you frequently use Ext4-formatted disks and need to copy files from them to your macOS drive. You'll need to install some software, specifically macFUSE (formerly OS x Fuse) and Ext4Fuse.

You may lose data

Steps to Use macFuse 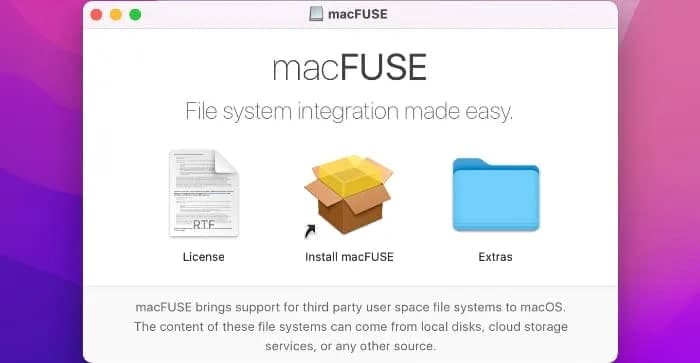 Step 2. You'll receive a message near the end of the installation process informing you that a system extension has been blocked and prompting you to allow it in settings. 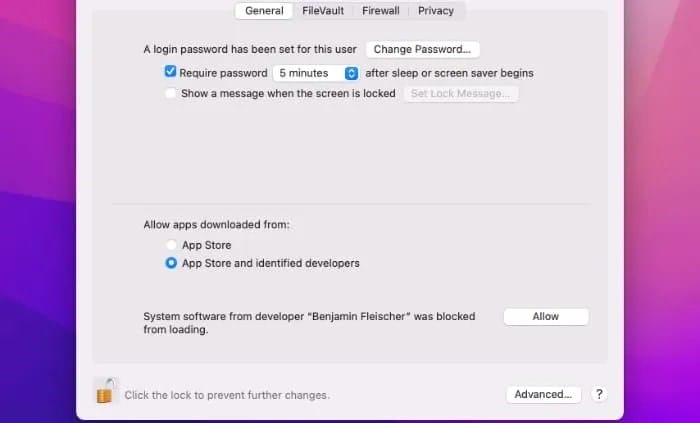 Step 3. You are now ready to install ext4fuse.

The simplest method is to use Homebrew. Run the following commands after installing Homebrew: 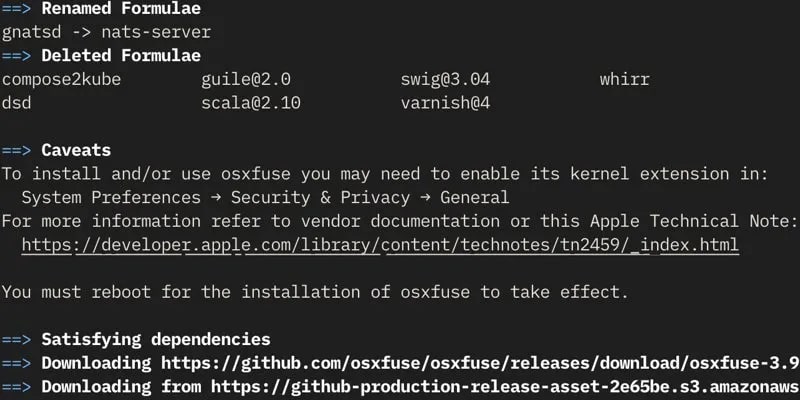 It works with both Intel-based and M1-based Macs

All alphabets supported by your operating system, including non-roman and non-Latin characters, are supported

Mounts volumes automatically at startup. You can also turn this feature off at any time

There are no new features in Paragon NTFS Mac

The menu bar app is distinct from Paragon ExtFS for Mac, but both require this software

It is not compatible with OS X 10.8 Mountain Lion or earlier

Steps to Use ExtFS for Mac by Paragon

Let's take a look at how you can use it to access Ext4 drives.

Following installation, you will be prompted to restart your Mac. 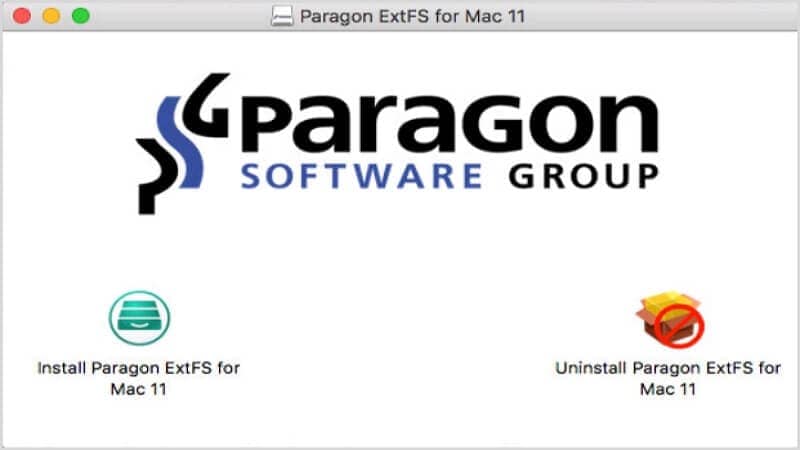 The extFS volumes are now available in the Paragon ExtFS interface, where you can read, write, modify, and transfer data. 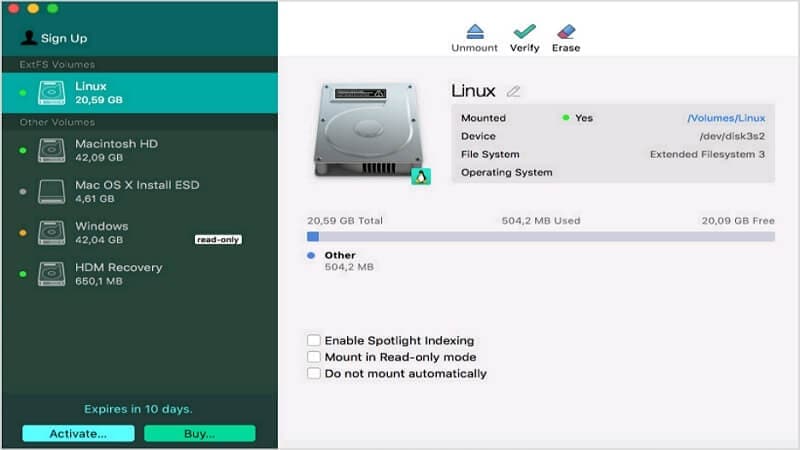 What to Do If You Lost Important Files after Mounting?

Ext4 data recovery is achievable and can be performed on your Windows and Mac computer. You will learn about the Ext4 file system and the most effective methods of Ext4 data recovery using reliable data recovery software, the Wondrshare Recoverit. Recoverit supports all file systems, including exFAT, FAT16/FAT32, NTFS, HFS+, Raid, RAW, ext2, ext3, and ext4 under the Linux OS. 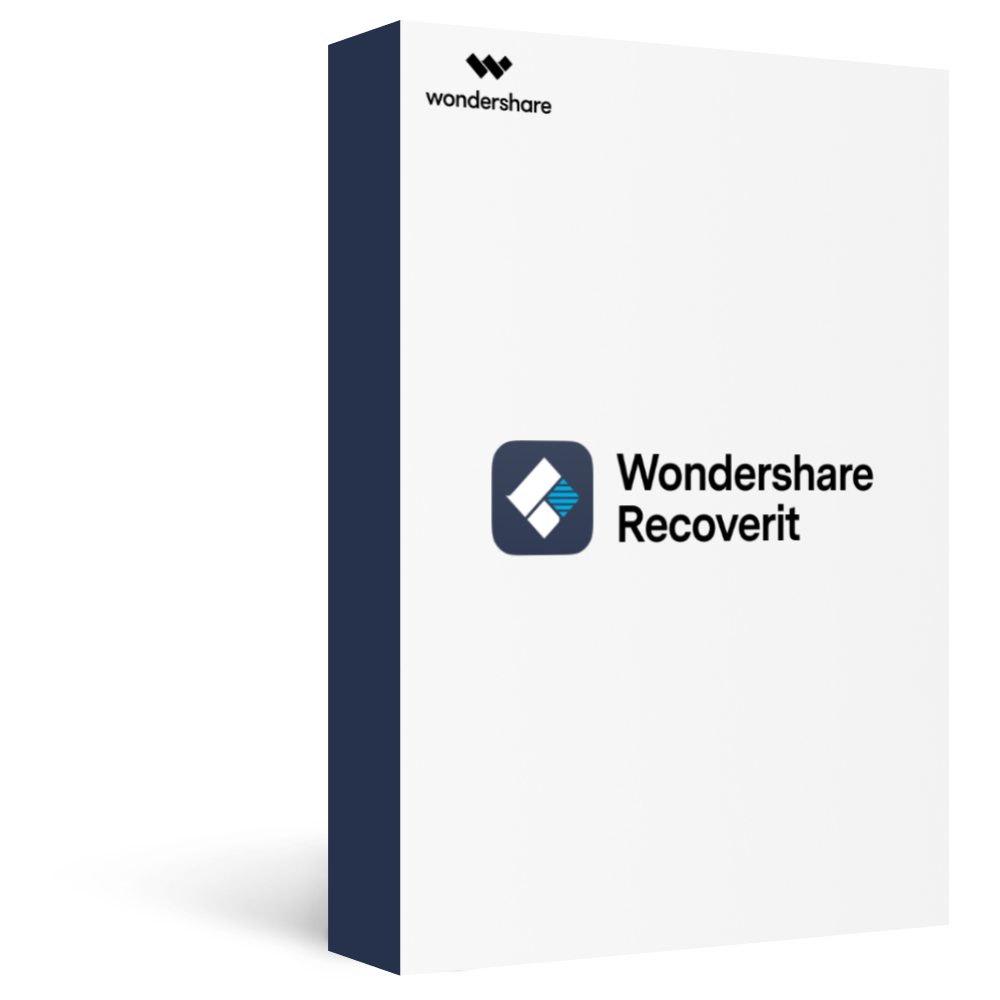 Recover data from numerous scenarios. Be it due to files being overwritten, a system crash, accidental formatting or virus attack, Recoverit is able to make a total recovery.

How To Use Recoverit to Recover Lost Data?

To recover data from an Ext4, Ext3, or Ext2 Linux partition on Windows using Recoverit, first download and install Recoverit on your Windows computer, then connect the hard drive containing the Ext4 partition to the Windows computer and follow the simple steps below.

After launching the software, scan for and select the Ext4 data location on the hard drive, then begin scanning. 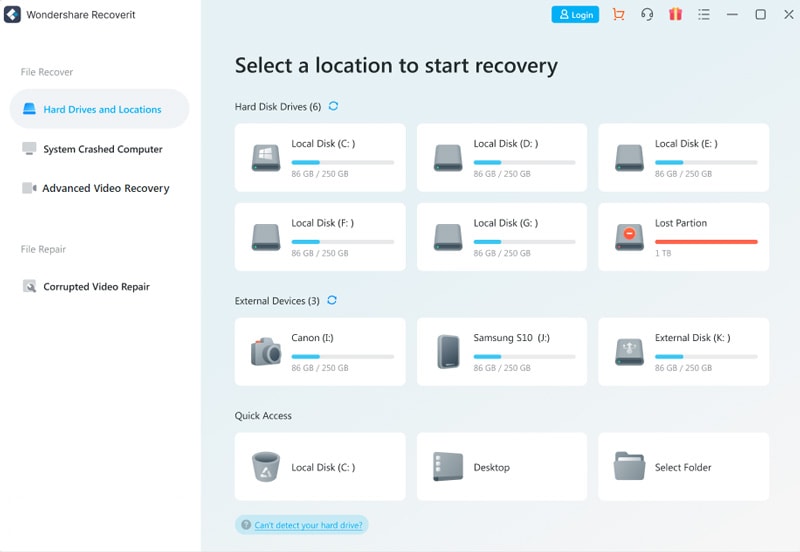 All recoverable data from your Ext4 Linux partition will be displayed immediately after completing the scanning process. You have to preview the Ext4 data and choose which files to recover. Choose a location to save the Ext4 files and press Recover. 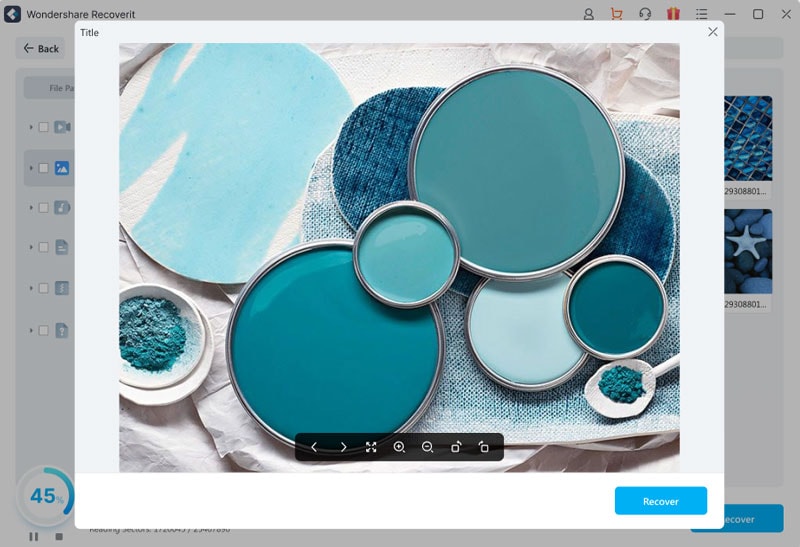 You discovered what EXT4 is and how to mount and access an EXT4 partition on Windows and Mac. You can get help by using the recommended third-party tools mentioned above. To safely convey these methods on Windows/Mac, you must back up data from the EXT4 partition using Wondershare Recoverit.