How to Recover Data from Deleted, Lost or Damaged NTFS Partition?

Your NTFS partition crashed, formatted or just got damaged for reasons you might not understand. Don't panic! Actually, there are several reasons that may cause NTFS damage, such as failure of the software or hardware, a massive viral attack and so on. Since the tragedy has happened, how to recover NTFS partition data to reduce your lost becomes the urgent task at present. Before taking actions to recover data, you'd better to figure out what is NTFS first.

So what is NTFS?

NTFS is an abbreviation that stands for New Technology File system format. It refers to the file system which the windows PC in the New Technology uses to store and retrieve files stored on the hard disk.

Here are some of the unique features of NTFS:

Why You Need NTFS Recovery Software?

If you happen to format your NTFS drive partition accidentally, in case your NTFS is damaged or corrupted by a virus, you may not be able to access all the data stored in that NTFS partition. The Windows may show any of the listed errors below to indicate a damaged NTFS partition:

Recoverit (IS) is an effective NTFS recovery tool that supports the recovery of NTFS data that had been formatted or deleted either accidentally or deliberately. Using this program, you can easily recover lost data files such as videos, gallery, music, emails, and texts from your damaged NTFS on Windows or Mac computer.

Here is a step by step guide on how to recover NTFS partition data using Recoverit (IS) software.

Directly run the program after the installation, then you'll be directly taken into the main screen. Here, you can choose the lost NTFS partition and click "Start" button to perform a quick scan on your partition. 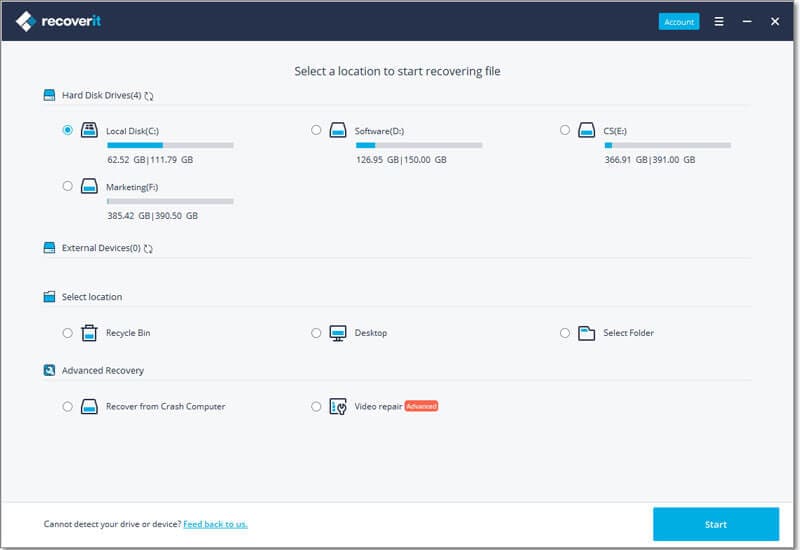 After scanning is complete, all the files that the system has found on the NTFS partition will be featured on screen in their respective categories. You need to preview through all the files that have been found as you identify the files that you wish to recover. This will also help you to confirm if your lost files are recoverable or not. 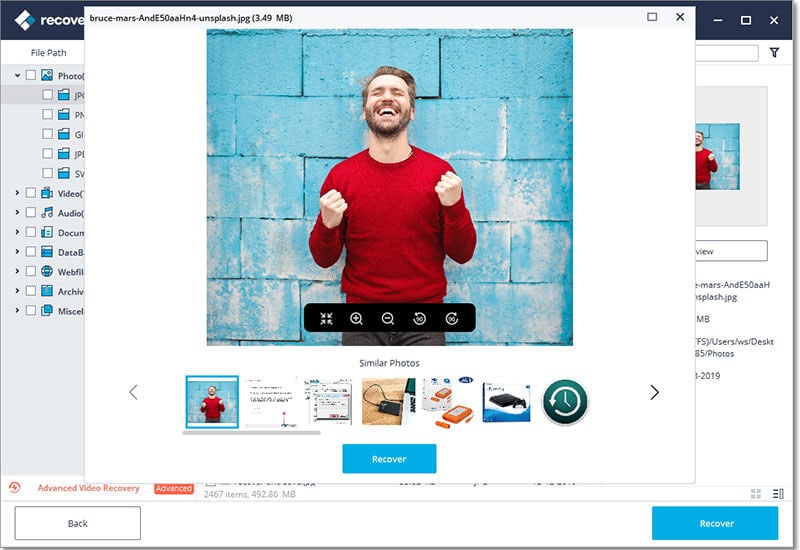 When all files yuo wish to restore have been selected, simply click "Recover" button to save them. 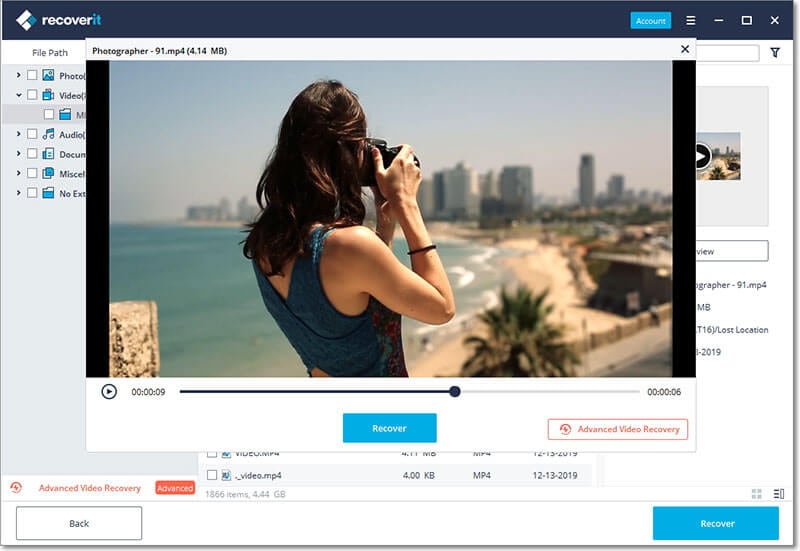 [Attention] Note that you should store the recovered files in different locations from the original ones so as to avoid forming overwritten data. Additionally, whenever you find out that your NTFS drive is crashed, it is wise to look for software to recover data lost immediately. This is because any command given to the PC before then may only end up generating overwritten data after which you can never recover the lost data.

Bonus: How Does NTFS Work?

Whenever a hard disk is formatted (cleared memory, initialized), it is segregated into various sections or divisions that constitute of the entire physical space of the hard disk. Within every partition, the OS of the computer monitor's ( tracks) all the files that are located in that hard drive's memory. Every file is usually stored in one or more cluster inside the hard disk or certain spaces of the disk of a predetermined uniform size.

While using NTFS, the cluster size ranges are likely to change from 512-64 kilobytes. The Windows NT usually recommend a given /default cluster size for specific drive sizes, on basis of the drive size. For instance, in a drive of 4 GigaBytes (GB), the recommended cluster size is usually 4 Kilo Bytes. It is important to note that clusters can never be redivided further.

Best Solutions to Recover Data After Malware Attack on PC

Typical types of malware are introdced here, you can learn how to recover lost data after malware attack on PC.

[Solved] How to Recover Data after System Crash?

Data lost due to Windows system crash are hard to restore in past years, but now Recoverit (IS) can help you directly recover data after system crash.

How to Recover Data from Deleted, Lost or Damaged NTFS Partition?