iOS 15 beta regret and want to downgrade to iOS 14? Don't worry, this article will teach you the best tips to downgrade iOS 15 to iOS 14, just read it

Compared with other systems, Apple's iOS system has many advantages. The integration of the software and hardware of the iOS system is quite high, which greatly reduces the differentiation. In this respect, it is far better than the severely fragmented Android. Apple has invested a lot of effort in interface design, from appearance to ease of use, iOS is committed to providing users with the most intuitive user experience. The first impression of the iOS system is that it is concise, beautiful, and temperamental, and it is easy to operate.

The following is a summary of the advantages and disadvantages of the official version of iOS 14:

The following are the advantages and disadvantages of iOS 15.:

The new iOS will always bring many new cool features and fix some bugs in the old version. But for different reasons, many iOS users want to downgrade iOS and then back to the old version. Are you one of them? You must admit that the latest iOS version like iOS 15 is not suitable for all iOS devices, especially some old devices.

Another situation is that the new iOS will automatically upgrade itself on your iPhone, iPad, or iPod, but you prefer the old version. Or, you just installed the iOS Beta version and need to delete it. You have many other reasons to downgrade iOS. Considering your needs Here we will share common ways to downgrade iOS 15 to iOS 14.

Downgrade from iOS 15 with iTunes.

iTunes is Apple’s official tool. It’s slightly more troublesome to operate than the third-party tool. It is mainly more troublesome to download the firmware by yourself. Of course, there is also an advantage to using iTunes to flash, just install iTunes software on your computer. Here are the steps to downgrade from iOS 15 with iTunes.

Step 1.It is very important to disable the option “Find My iPhone” before using iTunes.

Just go to settings, click the device name, and now check iCloud to turn to disable this option. 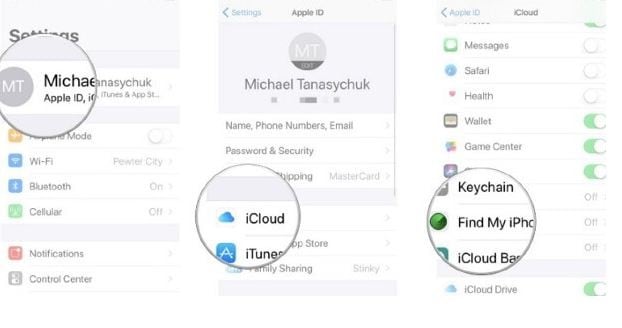 Step 2.Connect the iPhone to the computer via the data cable.

Step 3.On the computer, download the latest stable version of the iOS 14 system firmware that matches your iPhone device.

It is recommended to download and save it to the desktop so that it will be easier to find when you flash the device later.

Step 4.Open the iTunes tool and start flashing after the tool recognizes the device.

In the device information interface of iTunes, Windows users hold down the Shift key (press the Option key for Mac computers) and then click the Restore iPhone. 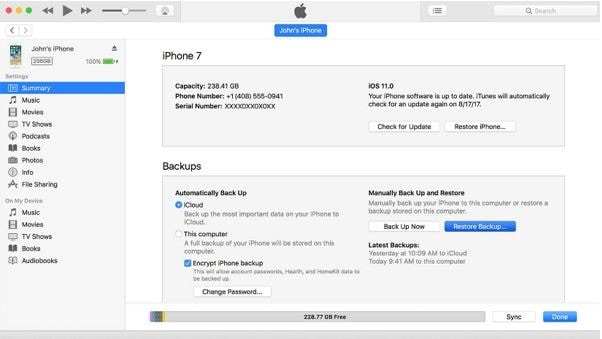 After the process completed, Your device will automatically start.

If your first impression of the latest iOS 15 beta is not very good, then you may face performance-related issues common to early experimental software. The good news is that you can always roll back the software to the latest public version. One thing should be kept in mind downgrading the software on the iPhone is not as easy as upgrading the software. Before starting the process, you need to prepare a few things.

Step 1.First of all, you must have a computer running the latest version of macOS or iTunes (Windows PC) with an active internet connection.

Step 2.Use a Lightning cable for connecting iPhone or iPad to computer.

For iPad pro:Press and release volume up and down button. Now press and hold the Top button until your device enters into recovery mode.

For iPhone 8:First of all press volume up button and then the volume down button. Now press the slide button until you see the recovery-mode screen.

Step 4.Now you will see the restore option on your PC or Mac, and choose to restore. This will erase previous data and install the latest non-beta version on your device.

Step 5.Now choose install when you see the message about updates. 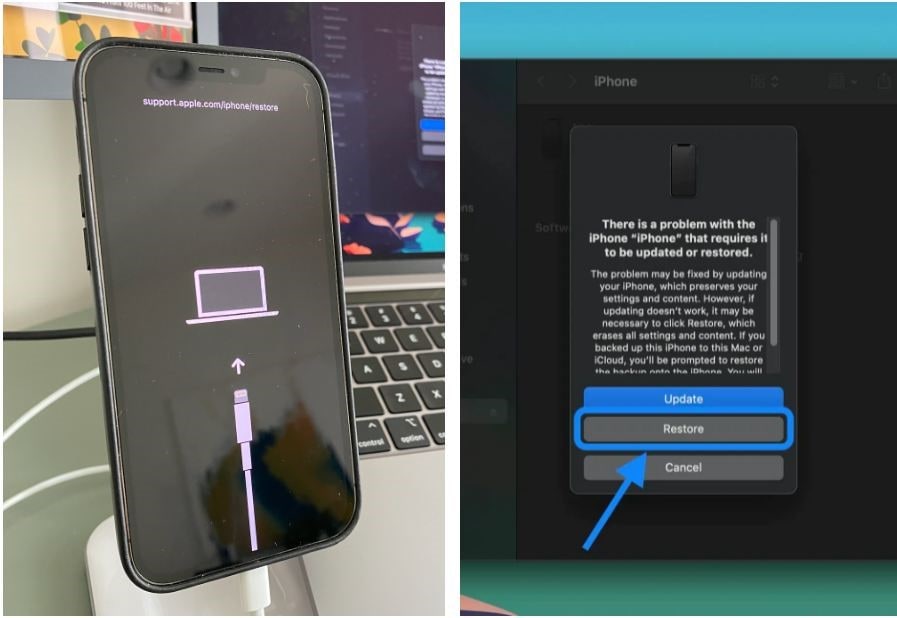 In this way, we can downgrade iOS with Mac or Pc.

Part 3. Worry Data Loss? How to Downgrade iOS 15 to iOS 14 Without Losing Data?

Downgrade iOS 15 to 14 without data loss!

Step 1.Download dr.fone on your PC and choose system repair. 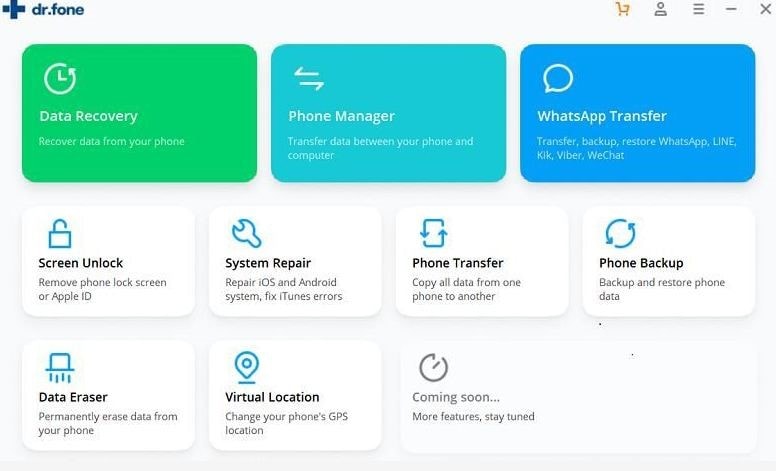 Step 2.Connect your device to the computer via a lighting cable and choose the standard model from the screen. 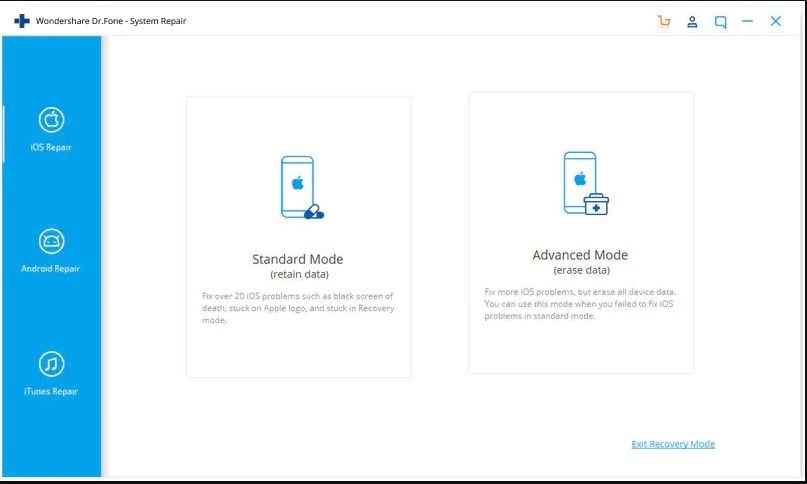 Step 3.Now the system will detect your device and display a list of different iOS versions. Choose one and continue the process. 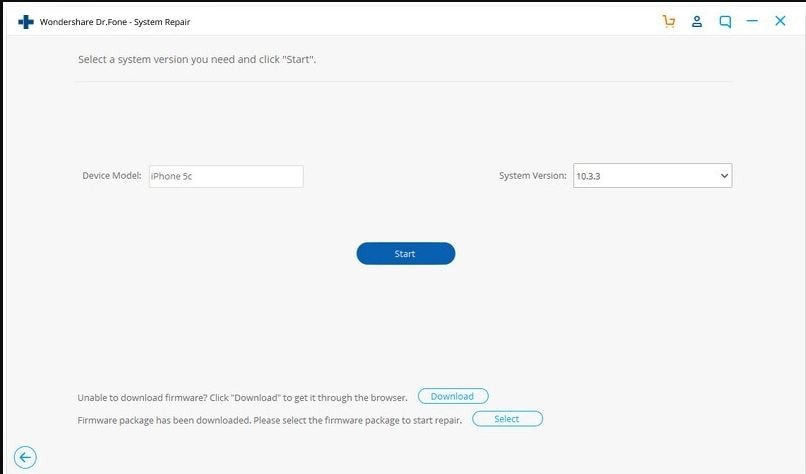 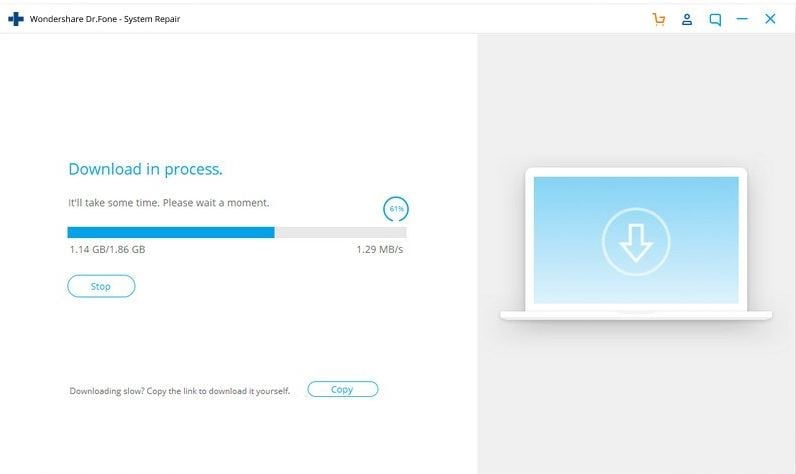 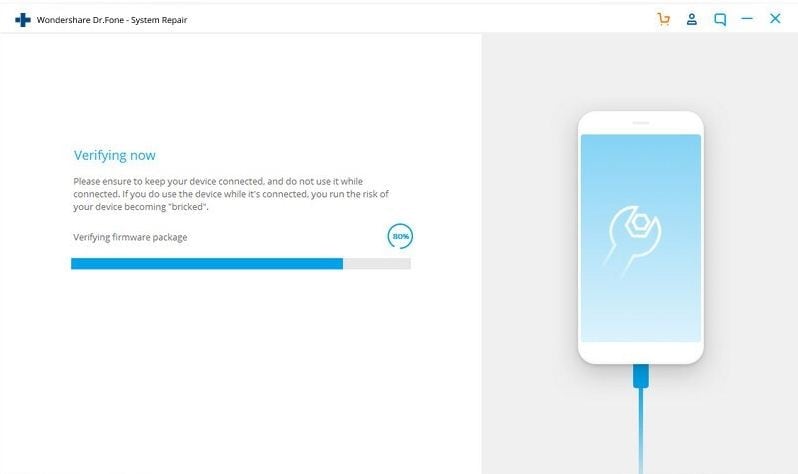 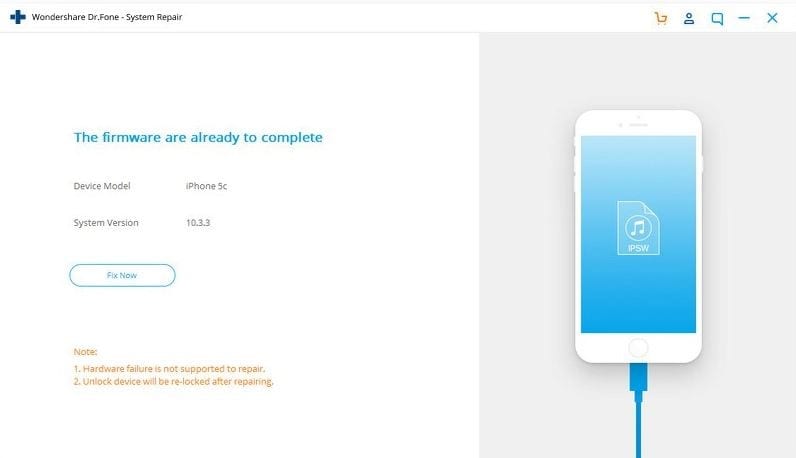 When it is done, you will see the below screen,which represents the downgrading rpocess finish, if not, you can click Try Again to repeate the process one more time. 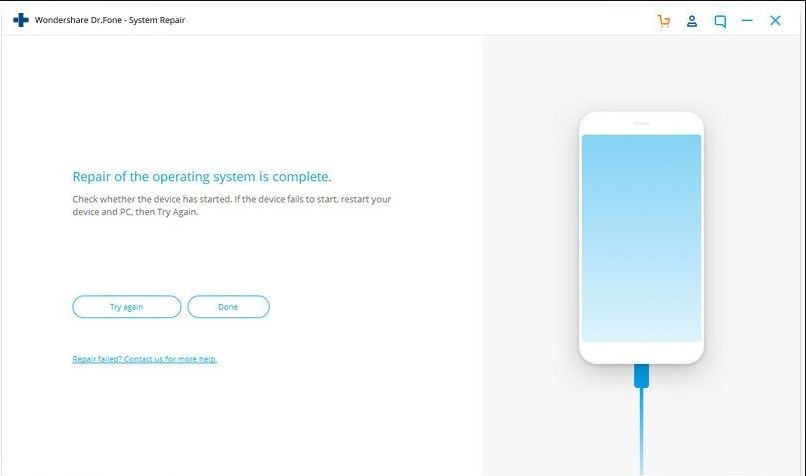 In the end, we can say that there are different ways available about the iOS 15 downgrade but dr.fone is the best option for this purpose. Professionals always use dr.fone for data recovery, iOS downgrade and fixing other iOS and android problems. This is a very reliable tool and we can downgrade iOS 15 very easily without losing data.

iPhone 13 has been released! Compared to iPhone 12, new iPhone 13 has many new changes, look and check this guide!

How to Change Text Colors on an iPhone？

Want to change iPhone text color (including iPhone 13)? This tutorial would help you to change the color of texts on iPhone step by step.