Despite being labeled the ideal smartphone out there and having features often considered irreplaceable, Apple’s iPhone has been facing some minor glitches; the most popular ones being that the iPhone screen won’t rotate or that the iPhone won’t turn sideways.

While these problems might not seem all that big on the long run, they do cause a lot of annoyance in everyday life, especially when you want to watch an important video or document in full screen and your iPhone screen won’t rotate or your iPhone won’t turn sideways, it really causes a temporary distress. There are five very easy ways to fix the iPhone screen won’t rotate problem, as listed below.

Part 1. Check If the Screen Rotation Lock is On.

The first simple way to fix the iPhone screen won’t rotate problem, is to check if screen rotation is locked. Many users who constantly keep turning the rotation on and off for convenience purpose, simply forget to check whether or not it’s locked.

Step 1. Swipe up to the Control Center on your iPhone.

The right-most icon is, by default, the screen rotation icon. Check to see if it’s on.

Step 2. If it is, it means the screen rotation is locked and hence the iPhone can’t rotate sideways.

Click it to turn it off and check to see if the screen rotates. 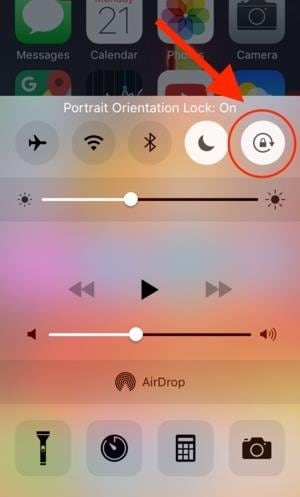 You can restart your iPhone by long-pressing either the side button or the top button. After restarting, check to see if the Orientation icon is turned on or off and try rotating your iPhone screen.

Part 3: Check If iPhone Screen Rotation Works on Other Apps

The third solution on the list of ways to fix the iPhone screen won’t rotate problem is to check if the screen rotation is working on Apps other than the one you’re currently using.

Sometimes, you’ll notice that despite the Orientation icon showing that the screen rotation is unlocked, an application doesn’t appear sideways. This is because the application is programmed to run specifically on Portrait mode.

Now, instead of complaining ‘my iPhone screen won’t rotate’ try seeing if the rotation doesn’t occur while your working on other apps. There are several apps that work only on Landscape mode- gaming apps like Super Mario, YouTube and more. Try opening one of the apps on your iPhone and seeing if rotation works or not.

Part 4: Check If the Display Zoom is On

If your iPhone screen won’t rotate despite trying the above solutions, chances are, it’s because of the Display Zoom feature being turned on. The Display zoom feature helps many users zoom into several apps for better viewing and convenience.

Whether or not the feature is enabled can easily be detected by the appearance of your home screen. If the Display Zoom feature is enabled, most of your applications’ icons’ sizes would’ve visibly increased and so will the padding between them. 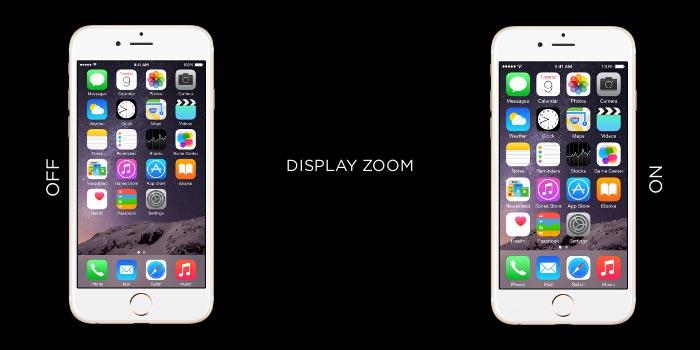 Though this is an easy way to check if your iPhone has the Display zoon mode turned on, it isn’t foolproof. It’s likely that you overlook this and hence here’s how you can make sure it’s disabled and if not, do so.

On the screen, you will see a button titled ‘Display Zoom’. Select it.

This will enable you to see whether or not the feature is turned on. You will have two buttons- one titled ‘Standard’ and the other ‘Zoomed’.

Step 3. If the one called Zoom is turned on, it means the Display Zoom feature has been enabled. 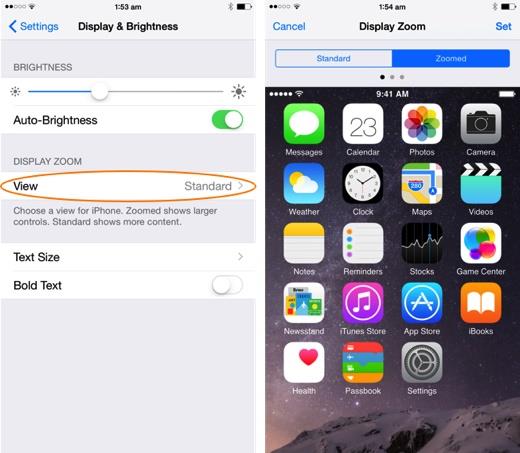 Step 4. Select the ‘Standard’ button to disable it.

Now, click the ‘Set’ option to confirm your selection.

Step 5. There might be an additional pop-up message that asks you to further confirm your choice. Select the option titled ‘Use Standard’.

This will ensure that the display zoom feature is disabled. After the process, the iPhone might restart to implement the changes. Once it does, check once again if the Standard feature has been enabled and then if the rotation works. 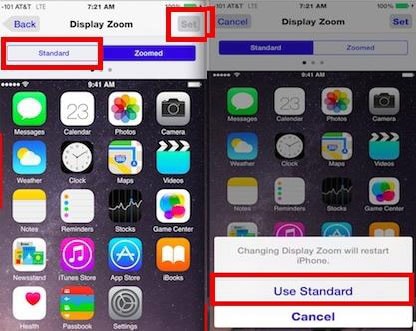 Part 5: Check If the Hardware Problems

If the problem persists and your iPhone screen won’t rotate still, it’s most likely a hardware problem.

The orientation of the screen is controlled by a device called the accelerometer in your iPhone. This device acts as a sensor and focuses on the overall movement of the phone. Hence, a prominent hardware problem might be a damage caused to the accelerometer, which upon being unable to detect the motion of the device, prevents it from rotating properly.

If you’re using a device like the iPad, a problem in the screen orientation can also be caused by the Side Switch button as in a lot of cases, it is used to control this feature on such devices.

If any of the aforesaid methods do not work and it ends up being a hardware issue, it’s best to leave it up to the experts. The advice best followed is to not try and fix it yourself because, first, it might not be very good for the device and second, you might end up doing more damage than good.

Hence, the best kind of solution for a hardware problem is to take it back to the Apple Store or any other service center which focuses on iPhones specifically.

Are you an iPhone user who gets excited about new software updates? This article will reveal the iOS 16 release date and the iOS 16 features.

How to Fix iPhone 14 stuck On Apple Logo？

iPhone stuck on Apple logo causes so many inconvenient effects. Don't worry. It’s easy to fix it! Just follow our guide with some useful solutions.

Why Are My Apps Crashing in iOS 16 Beta? A Comprehensive Guide

Have you shifted to iOS 16 beta and are facing the issue of apps keep crashing? This article features exceptional options to solve this problem.

Is your iPhone stuck on Apple Logo after iOS 16 upgrade? – An Overview

Is your iPhone stuck on the Apple logo during a system update? Learn all about why this issue arises and how to resolve it using simple solutions.