Apple iOS is a mobile operating system that only runs on Apple devices like iPad, iPhones, and iPods. Where Apple competitors are using Android software which slows down their devices because it is not fully optimized, iOS is solely designed for iPhone, which makes the device fast, secure, and enriched with features.

To provide enhanced features to the users, Apple releases a new iPhone with an updated iOS every year. This year, iOS 16 is expected to be released, which calls for the latest news on the iOS 16 release date along with the iOS 16 expected features, that be shared in this article.

We will be covering the following points revealing the functions and the date when will iOS be released:

Although you can now avail the public beta version of iOS 16, those keen people who don't want to risk unfinished software on their iPhone can wait until iOS is officially ready to roll out. iOS 16 rumors claim that it will be released in September 2022, but Apple has not officially announced any date yet.

If you are using an old iPhone and don't know if your iPhone will get an iOS 16 update, don't worry, as we have covered your question. Here, we will provide a list of supported models that will get the iOS 16 update. So read the list and find out if your device will get iOS 16: 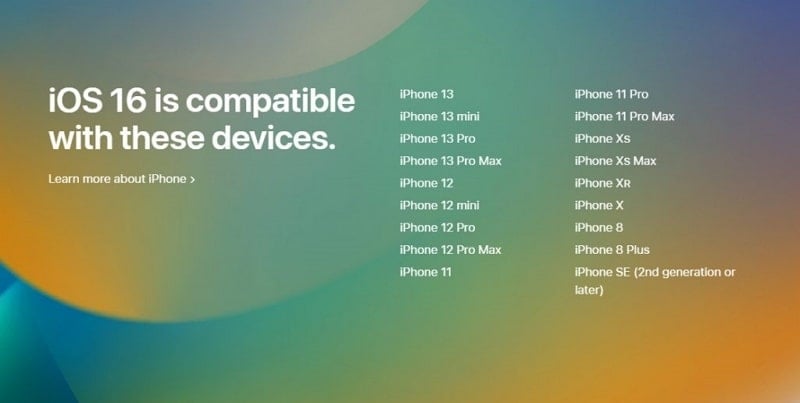 Part 3. Which Rumored iOS 16 Features are you Most Excited to See?

iOS 16 is excellent news for iPhone users as this update will deliver all-new personalization features, deeper intellect, and proficient ways to communicate and share. iOS 16 leaks also promise to provide better safety. Here, we will present the iOS 16 expected features that will give you an idea about what iOS 16 will look like.

The Focus feature transforms the way iPhone appears and functions while connecting the Lock Screen to the Focus. For the provided Focus options, iPhone provides a set of suggestions for Lock Screens, including a data-rich lock screen. It is utilized when you are using the Work Focus. Moreover, iOS 16 provides home screen pages with widgets and apps.

They are relevant to the Focus you are setting up on your iPhone. The new feature also has a Focus filter API. Developers can consume the signal you are using on your iPhone and enable the Focus to hide any sort of distraction. 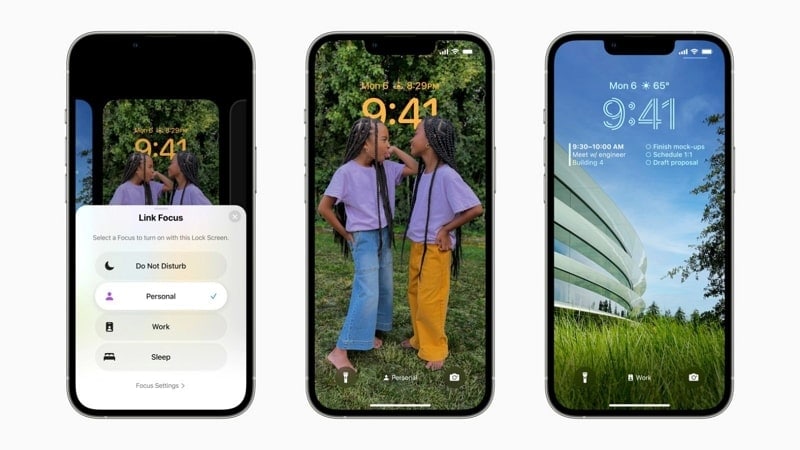 iOS 16 concept will introduce a new Lock Screen switching feature through which you can switch the lock screen throughout the day. You just have to touch and hold it, then swipe to switch. With the iOS 16 Lock Screen features, you can customize the color, placement of elements, and fonts or add widgets on the Lock Screen to make the display more attractive. 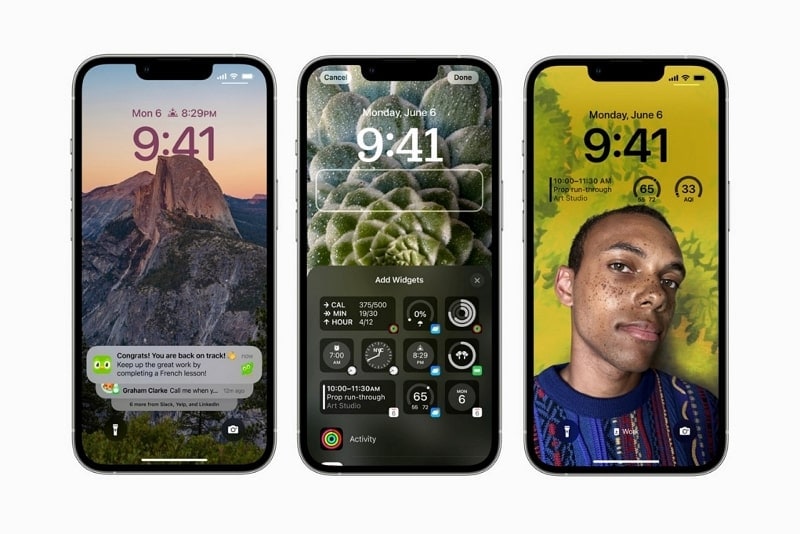 You can now share a distinct iCloud photo library with a maximum of 5 people in iOS 16. In the shared photo library, every member will have equal permission to edit, add, caption, favorite, and delete the photos in the library. Smart setup rules can also be set that will enable you to share past photos or utilize setup tools to include pictures based on people or start date.

You can enjoy shared photos in Featured Photos, Photo Widgets, and Memories. iOS 16 rumors hint that the smart sharing feature will allow seamless sharing like automatic sharing with the help of Bluetooth proximity and a switch in the Camera. 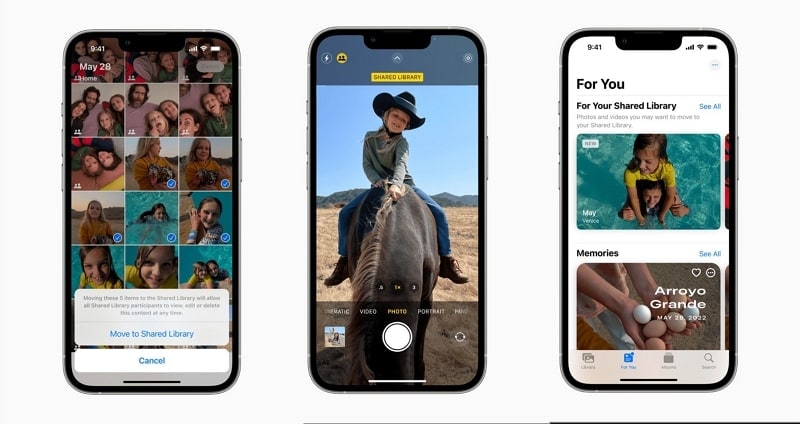 The enhanced Messages feature will enable you to edit a message for a maximum of 15 minutes after you have sent it. Moreover, you can also unsend the message for up to 15 minutes which will help the users if they send a message to the wrong person. Furthermore, if you have read the message by mistake and don't want to reply, you will be able to mark it as unread.

You will now be able to recover deleted messages within 30 days after you have deleted them. The iOS 16 update will also allow initiating collaboration invitations in Messages. It will automatically add people to documents, projects, and spreadsheets. If someone in collaboration is doing some editing, you can see the activity updates at the top of the Messages thread. 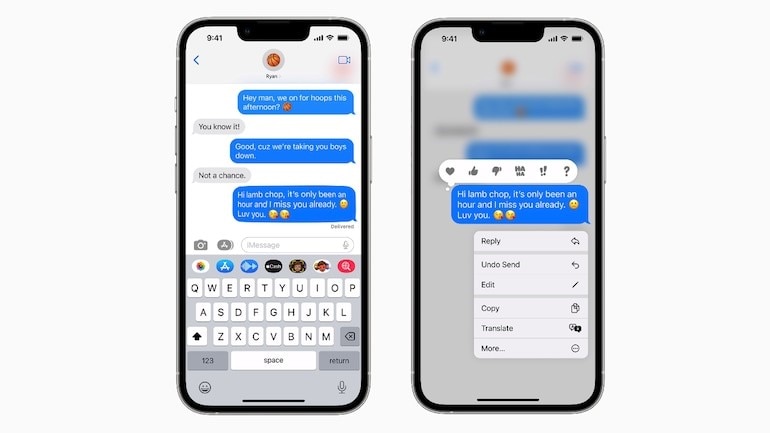 If you have granted someone any sort of access, this new section in Settings will allow you to quickly reset the settings in case of domestic violence. Moreover, applications will get your permission before accessing the clipboard to paste the content from different applications.

iPhone with iOS 16 will now lock the recently deleted and hidden albums by default. You can use the iPhone authentication method, i.e., Face ID, Touch ID, or your password, to unlock it. Videos will be directly streamed from the devices supporting non-AirPlay streaming protocols. It will not require local network access permission or Bluetooth as well. 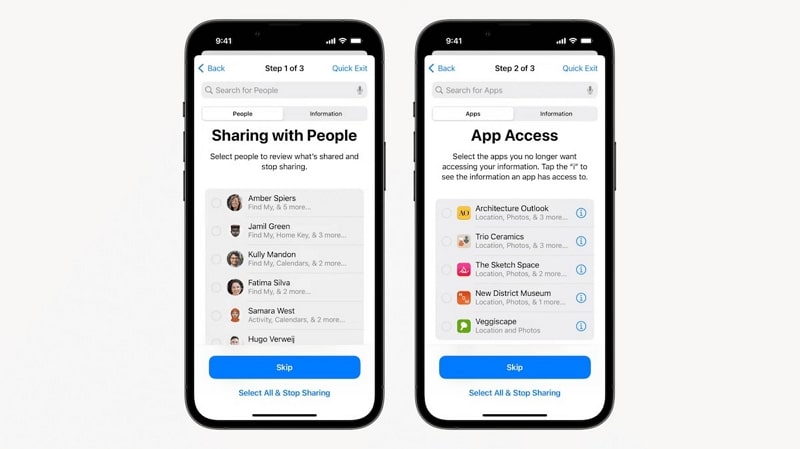 The enhanced features introduced in Mail will correct the typos by using synonyms for the searched terms. It will notify you if you miss an essential part in the messages, like the recipient or attachment. A richer view of shared content could also be viewed when you will search for email messages. The best feature of Mail is the option to schedule the email so that you can send it at a favorable time.

With the help of the new features, you will be notified if you can't reply to an important email. You can also make your email messages more relevant and contextual by adding rich links to them. 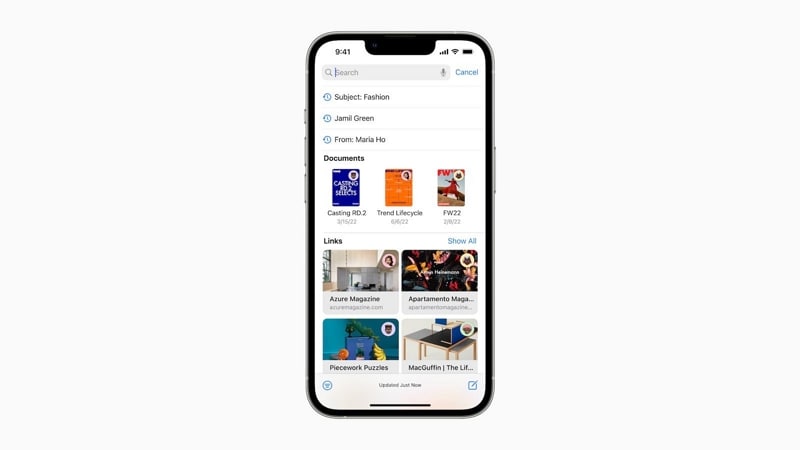 Health will also be a priority in the iOS 16 update, according to leaks as you could create a list of medications to keep track of the supplements, vitamins, and medications. You can also add custom visuals that will also make it easy to remember. Additionally, you will be allowed to create a schedule for your medications, whether you take them multiple times, once a week or whenever required.

As you know that multiple medications at a time can ruin your effectiveness. Therefore, when you add a new medication, the app will alert you if there is something dangerous. 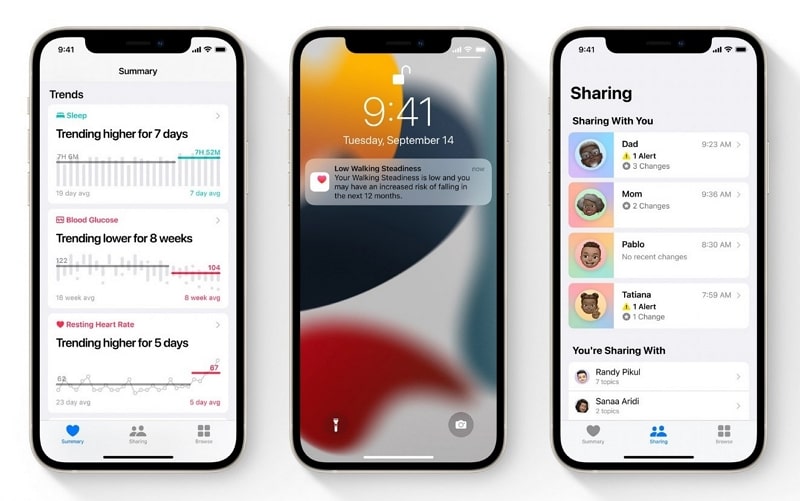 Step 1. The first step requires you to go to the "Settings" app.

Then, click on "General" and further tap on the "Software Update" feature.


Step 2. When the next screen appears, the "Download and Install" button will be shown if the iOS 16 update is available.

iOS 16 release date has been rumored somewhere in the mid or end of September 2022. This article enlisted the iOS 16-supported iPhone devices, so you will know whether your iPhone will support the new update. It has also described the iOS 16 features that will enhance the iPhone's privacy, security, and other settings.

If you find any problem while updating your iPhone or after updating, you can use the Dr.fone – System Repair (iOS) for that. This tool supports all the latest iPhone modes and fixes any iPhone problem such as black screen, white screen, and stuck in a boot loop.

How to Fix iPhone Red Screen

Your iPhone is encountering the Red Screen of Death issue? Don't panic. This article will tell you 4 ways to solve this problem.