Apple has introduced its second-generation security chip known as T2, which is being used in various Macs. The T2 chip enhances the security of your Mac using a Secure Enclave coprocessor. With improved features, the T2 chip has provided Encrypted Storage and a Secure Boot.

Like the T2 chip, M1 is another ARM-based chip used in Apple Macs. Incorporating Apple's "System on a Chip" design, the M1 features integrated components. This has resulted in better performance and powerful enhancement features.

If you are looking for an in-depth T2 chip vs. M1 comparison and want to know which is better, you are at the right place. Keep reading to learn about the key features of both processors and which one seems to be the better choice.

Apple's M1 features a range of components that provide greater speed and efficiency. Apple has included the unified memory architecture into the M1 chip, contributing to its improved speed. This enables the CPU, GPU, and other processor components to access the same data instead of swapping between multiple memory pools. 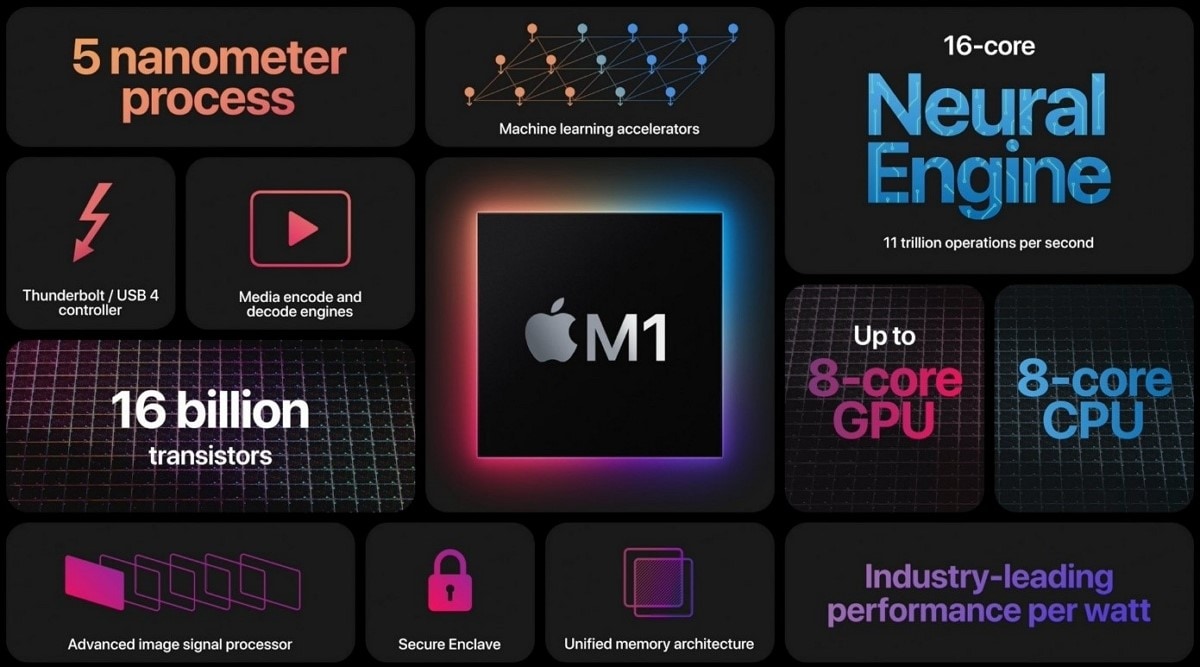 The M1 chip used by Apple in the latest Macs provides users a wide range of security benefits. A few of such security features that accompany the M1 chip are below:

The M1 chips integrate with the latest version of the Secure Enclave. Secure Enclave has served as the base for providing many additional security features. Macs containing the M1 chip use Apple's system-on-chips (SoCs) to incorporate the secure subsystem for extra layers of security.

This Secure Enclave ensures that user data remains safe even if the Application Processor Kernel is compromised. It is designed to provide extra safety features such as a system's memory-protected engine and anti-replay capabilities.

The new "Boot Monitor" feature is an upgrade provided by Apple's Secure Enclave in the M1 chip. This includes a series of events and processes that occur upon a system boot, ensuring the system's integrity.

Some key functions of Boot Monitor include resetting the Secure Enclave Processor, placing a hash for the sepOS code, overwriting the configuration codes for the Secure Enclave, and executing the new code. Thus, in the event of any malicious activity that compromises your configuration, your system can be protected from external threats.

The M1 chip has introduced the “Replay Prevention” in Macs for the first time. The M1 chip includes two ephemeral memory protection keys. The keys enable the Secure Enclave to read and write internal memory as if it were unencrypted. But processes occurring external to the Secure Enclave will see the encrypted version.

This means that the M1 chip can offer safer memory while maintaining its speed. The Secure Enclave’s non-volatile storage has also made it easier to invalidate data by changing a centrally-located key, such as in the event of passcode changes or erasing all the content on your Mac.

Previously, some invading software could switch on the microphone of Mac computers. With the M1 chip, the microphone of the Mac is turned off by the hardware when it is closed. This means that even with root rights, the software can no longer access the mic.

If your Mac’s display is covered with an MFI case (not exclusively from Apple), the hardware will immediately disable the connection to the microphone. Thus, hackers or spy programs can no longer switch on the mic on your Mac.

A range of features isolates Apple's T2 chip vs. M1 from each other. The first thing that sets the two chips apart is their release date. T2 is an older chip featured in intel-based MacBook from 2018-20. In comparison, the M1 chip has been used in recent models of Macs released in late 2020.

Another feature in the Apple T2 vs. M1 is the enhanced M1 security benefits. The M1 has made Macs non-vulnerable to CheckM8 due to an upgraded Secure Enclave embedded into it. In comparison, the Intel-based Macs required a T2 chip for the Secure Enclave.

The T2 chip used EEPROM for its secure storage. In comparison, the M1 chip has replaced this with SSC 2nd generation. The M1 Macs offer enhanced security, speed, and performance compared to the T2 Macs.

A1: The following Macs currently have the M1 chip:

Q2. How to disable the Apple T2 chip?

A2: To disable the Apple T2 chip, first, restart your Mac. When the reboot starts, press and hold the "Command + R" keys. When your Mac starts, log in using the administrator account and go to "Tools”. Find "Boot Security Tool" in the window. Following this, enable the "No security" and "Allow booting from external media" options.

Now restart your Mac. After that, press and hold the "Option" key at the beginning of the reboot. Once you see the available drives on the screen, tap "EFI Boot".

Q4. What are the differences between Apple T2 and Apple T1?

A4: Apple's T1 chip preceded the T2 chip. T1 chip was introduced in the first Touch Bar-equipped MacBook Pros. It was Apple's first generation of self-designed chipsets providing Touch ID encryption. First introduced in 2016, the T1 chip can be found in MacBook Pros released in 2016-17.

The T2 chip is Apple’s second-generation T-series chipset that serves as an upgrade to T1. The chip can be found in Mac models introduced in 2018 or later. Some major advantages of the T2 chip are enhanced boot security and Touch ID encryption. This has made it difficult for hackers to break into your system.

Apple's T2 and M1 chipsets both feature their range of strengths and features. While the T2 focuses on security, the M1 provides support for both improved performance and security. With the above-mentioned guide for the T2 vs. M1 chip, you now know what sets the two processors apart.

8 Proven Ways to Fix "Safari Not Working on Mac"

Does your Safari not working on Mac? Fix it with 8 proven ways here! And the method to recover lost safari history or bookmarks on mac are introduced.