How to Recover Files from Corrupted USB Flash Drive?

Basically, the primary difference between Mac data and Windows is in their file systems. While Windows typically uses the NTFS file system, Mac, on the other hand, uses a file system called Hierarchical File System that is commonly abbreviated as (HFS). Modern Mac versions have advanced to a new file system format called HFS plus as a replacement of the conventional HFS file system. In this article, I will provide a step-by-step guide on recovering HFS/HFS+ partition but before then, let's have a look at deeper details on the HFS file system.

HFS is a file system designed to help in organizing files, data on a Macintosh hard disk. When the hard disk of a Mac computer is formatted, the HFS file system supports the creation of a directory so that it can expand forming new folders and files which are added onto the disk. Because HFS has been designed in a Macintosh format, this file system cannot be recognized in windows computers (but doesn't mean you can't recover HFS partitions in Windows).

When it was initially designed, HFS was not made in such a way that it can accommodate high volume hard disks like say those with mass storage of 100GB and above. Therefore, Apple's products company introduced a more advanced file system known as HFS+ or the HFS extended that came with the release of Mac OS 8.1 HFS+creates clusters that are smaller or reduced block sizes thus reducing the minimum size taken up by each file. This way, HFS+ has managed to ensure that space is used even more efficiently especially on larger disks. HSF+ is the default file system Mac OS X uses which also supports journaling. This makes the process of retrieving lost data much easier in case of a hard drive crash.

So, what is lost HFS or HFS+ partitions on Macintosh OS?

Part 2. What Are the Reasons That Cause Data Loss from A HFS/HFS+ Partition?

There are various reasons that may lead to a lost or deleted HFS partition (macOS partition). Among them include:

2. Corruption of a file by virus or directory corruption

An HFS file system can get corrupted as a result of storage devices that are unreadable thus making the stored data unavailable for use. A virus corrupted file system is likely to lead to formatting of the hard drive in order to prevent the virus from spreading to other files.

Here are ways to help in preventing file system corruption:

- Get an updated virus software

lock Viruses in order to safeguard your hard drive from viruses by installing your Mac computer with an updated and reliable antivirus. The viruses that are likely to infect your machine in today's arena are both sophisticated and advanced and may cause system breakdown indefinitely.

The file system can get corrupt as a result of improper system shutdown. This is because there is no time for the OS to safely store files in their respective locations. Always avoid premature and sudden computer shutdown as it may end up corrupting your file system.

Whenever you sense that your drive is almost running out of space, you may try freeing up space by deleting huge files you no longer require. This can lead you to delete system files that are extremely essential thus corrupting your file system.

Bad hard drive sectors are the main cause of problems on the OS. they can easily cause file system damage. This is why you need to check out bad sectors and repair them immediately. For instance, Disk Utility is used on Mac while on windows, CHKDSK is used.

In order to access the external hard drive, you need to connect it to your computer. Later on, when you need to remove it, do so by ejecting it on the computer so as to avoid corrupting the file system.

3. An incorrect format of the file system

Whenever you attempt to open an HFS file and a message prompt appears reading "incorrect format", most probably the system has been infected by a virus or there's a sudden system failure making the file unavailable.

Human errors can lead to loss of partitions like giving the Mac computer a command to format a partition. This is known as accidental formatting or deletion.

Whenever a Bootcamp partition is removed inconsistently, it can lead to the loss of valuable spaces of partition so that they can no longer be of use unless the entire Apple drive gets reformatted.

What makes the loss of HFS partition a fatal event?

A missing HDS partition simply means that the data stored in that partition becomes unavailable. Every single file that had been stored in that particular partition goes missing and cannot be traced. In the case where a startup disk gets lost, the Mac user is unable to even merely access the Mac desktop. In other words, the loss of a macOS partition makes data that was stored there inaccessible.

Part 3. How to Recover HFS or HFS+ Partition with Recoverit (IS) for Mac/Windows?

Usually, there is software in the market to help in identifying the exact location of a partition in the Mac hard drive so as to begin acting from the ground level. But, you have to be familiar with the exact command that would be useful in locating a disk that has been deleted or a partition that has gone missing. I will provide you with a few instructions or guidelines to help you to know where to begin when using Recoverit (IS) on Mac or Windows computer.

Step 1. Download and install Recoverit (IS) on your Macintosh computer and launch it.

Step 2. Choose the data loss location to start the process of data recovery.

After successfully installing the software, choose from the "External Devices" to begin the process of recovering data from the HFS partition.

Step 3. Now, tick an HFS+ or HFS partition that you wish to restore, and hit the "Start" button to begin to scan for files.

If you can't find the HFS partition you need, you can take a trial on "Deep Scan". 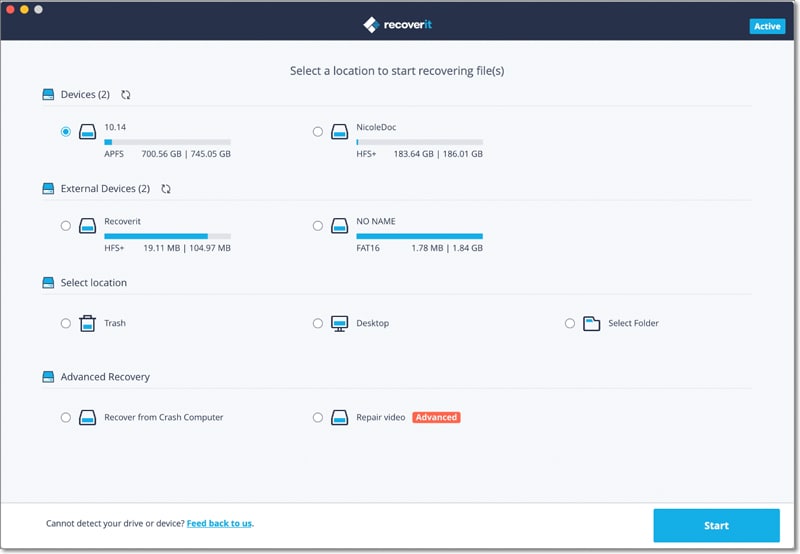 Step 4. Preview and select the wanted data to recover.

The scanning process is based on the size of your selected partition. When it is completed, you can see all recoverable files in the program as you like. Preview and tick all files you wish to restore, and hit the "Recover" button to save them well. 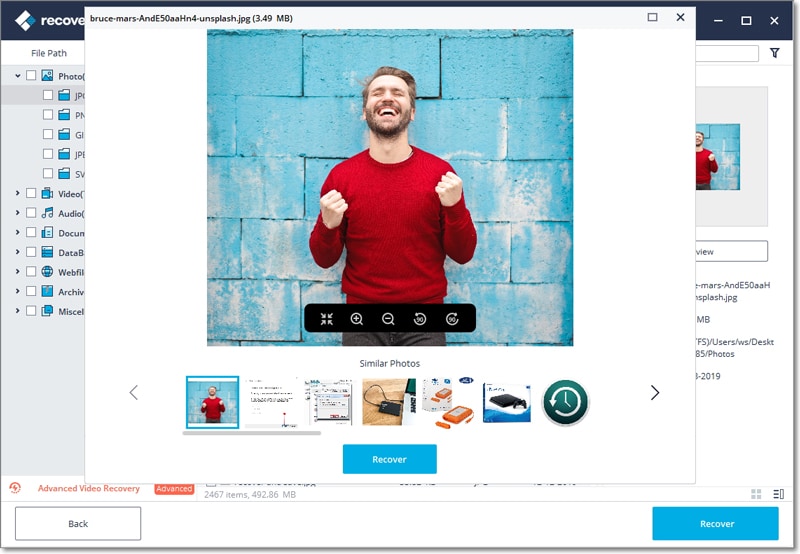 Attention: Be careful not to save the HFS files you just recovered in their original location at the time of loss. This could get your data overwritten making it unavailable for good.

Tenorshare 4DDIG is a popular data recovery software to recover lost data from computer. This review focuses on its features and how you can use it.

If you’re wondering what the PhotoRec data recovery app offers, this PhotoRec review provides you with everything you need to know.

How to Unlock Encrypted RAR Files?

Puran Data Recovery Software Review – Is It Safe or Not?

There are not that many data recovery software made specifically for Windows. Puran is among the easiest to use and here is why.

How To Wipe or Erase a Hard Drive in Windows 7

If you want to give away your computer, first learn how to wipe a hard drive from Windows 7.

Hard Drive Eraser: How to Completely Wipe a Hard Drive?

Do you want to wipe the disk completely? Looking for the right hard drive eraser software programs to clean the whole storage device? You can’t miss this read.

How to Wipe or Erase a Hard Drive in Windows 10?

Ever wonder how you can completely wipe your hard drive in Windows 10? Learn the steps through this comprehensive guide.

NTFS vs. FAT32 vs. exFAT: What's the Difference?

A cohesive guide to the differences between FAT32, NTFS, and exFAT based on compatibility, features, etc.